Blain: “Virus Vs Markets: I Think The Music Just Stopped”

Blain: “Virus Vs Markets: I Think The Music Just Stopped”

On the train this morning – someone started coughing and the whole carriage went quiet. People started moving further down the train. 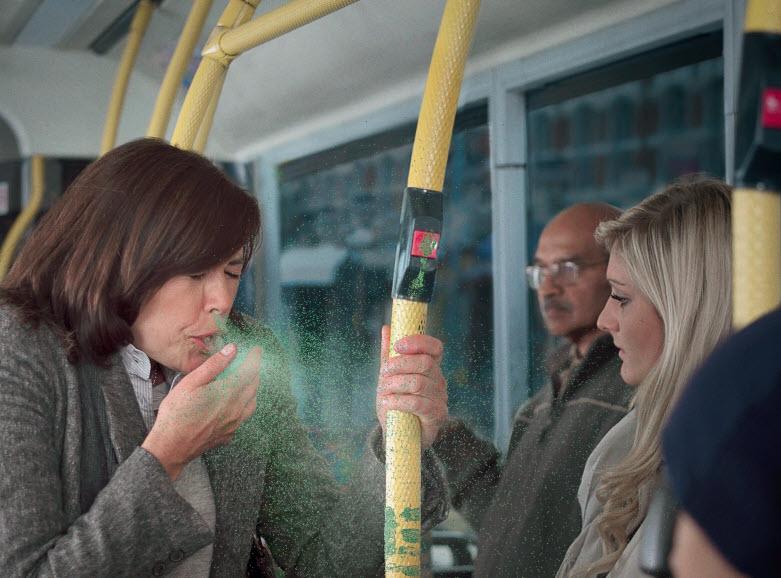 The objective of the Morning Porridge is to alert readers on the likely market effects of events.

The big news this morning is the complete reversal of the story the infection rate on the Covid19 virus was slowing. The sudden 15k rocket in infections is apparently due to new guidelines on how to record it, but the largest daily death toll – thus far – confirms this is the most serious pandemic in decades, dwarfing SARS in scale and speed. SARS caused a massive economic and market hit. We’re concerned about the rising mortality and the timing delays, and mismatch with the number of cured patients.  Keep an eye on this page: COVID-1 by John Hopkins CSSE. The rising ratio between deaths and infections in Hubei far exceeds the very low ratio we’re currently seeing in Covid19 cases elsewhere – that should be ringing alarm bells.

But we’re not here to talk about medical issues. Go scare yourself watching the BBC or Netflix documentaries on Epidemics if that will help.

The Coronavirus is now moving into the clear and visible economic damage stage:

Go figure how a travel slowdown impacts everything from plane makers to global supply chains.

All we can do is grin and bear it – hoping that Donald Trump’s assurances it will go away in April when the weather gets warmer come good. Hope is never a strategy. I think I shall wait for the scientists to opine…

But the science is worrying. Although the WHO has been praising China for its efforts and openness, – something has been awry about the numbers since the start. The early efforts of Chinese local authorities to downplay the contagion, and to scale back its scope are feeding a host of conspiracy theories. I reckon we are still two weeks behind the virus truth due to China delays.

The fact US teams are being “slowed” from accessing “ground zero” hint the Party is embarrassed and may still be hiding something. Incompetence has already claimed a number of heads, but what else aren’t we being told?  How far up the Party structure will the blame game go?  A quick glance at some of the more speculative new sites highlights speculation about mass graves, soaring death rates, and the inevitable Zombie invasion of re-animated plague victims. (I made the last bit up..)

I’m not a medical expert – but I’ve got the experience to spot an economic shock hitting markets. This is not speculation about a virus that might be slightly worse than the flu. This is about economic damage.

The fact stocks and bonds have pretty much discounted Covid19 has been the action of a market high to the rafters on bubbles, implausible valuations and the expectation central banks will do anything to support markets.

I think the music just stopped.

And back in the markets…

Sorry for lack of morning Porridge yesterday. It was going to be a stunning and insightful explanation of why buying the new Deutsche Bank tier 1 CoCo is a no-brainer despite it being, probably, the worst bank in the world. The thesis is simple: the Germans can’t let it go. They can’t let it fail. Although DB now counts as tiny bank by market cap – its so systemically important to Germany’s self-delusion the deal was gift.

Instead I shall share an article by Marcus Ashworth on the bond on BBerg: Deutsche Bank is Allowed back into the High-Risk Club.

But trying to write such a blindingly brilliant piece on the economics and market value of failing banks on a packed late train y’day presented difficulties. And to cap it all I nearly got into a fight trying to help my wife off the train as a bunch of what I think were Chinese students decided to barge their way on as passengers got off and she struggled on crutches and a surgical boot. (Nicky snapped her Achilles Tendon in a ski tumble last week.) I remonstrated with them and got a challenging death stare back.

Instead of writing the porridge, I ended up writing a very angry letter to my MP. If your train travel is as pants as mine, you can find it on the Porridge Website: A letter to Paul Homes, MP.